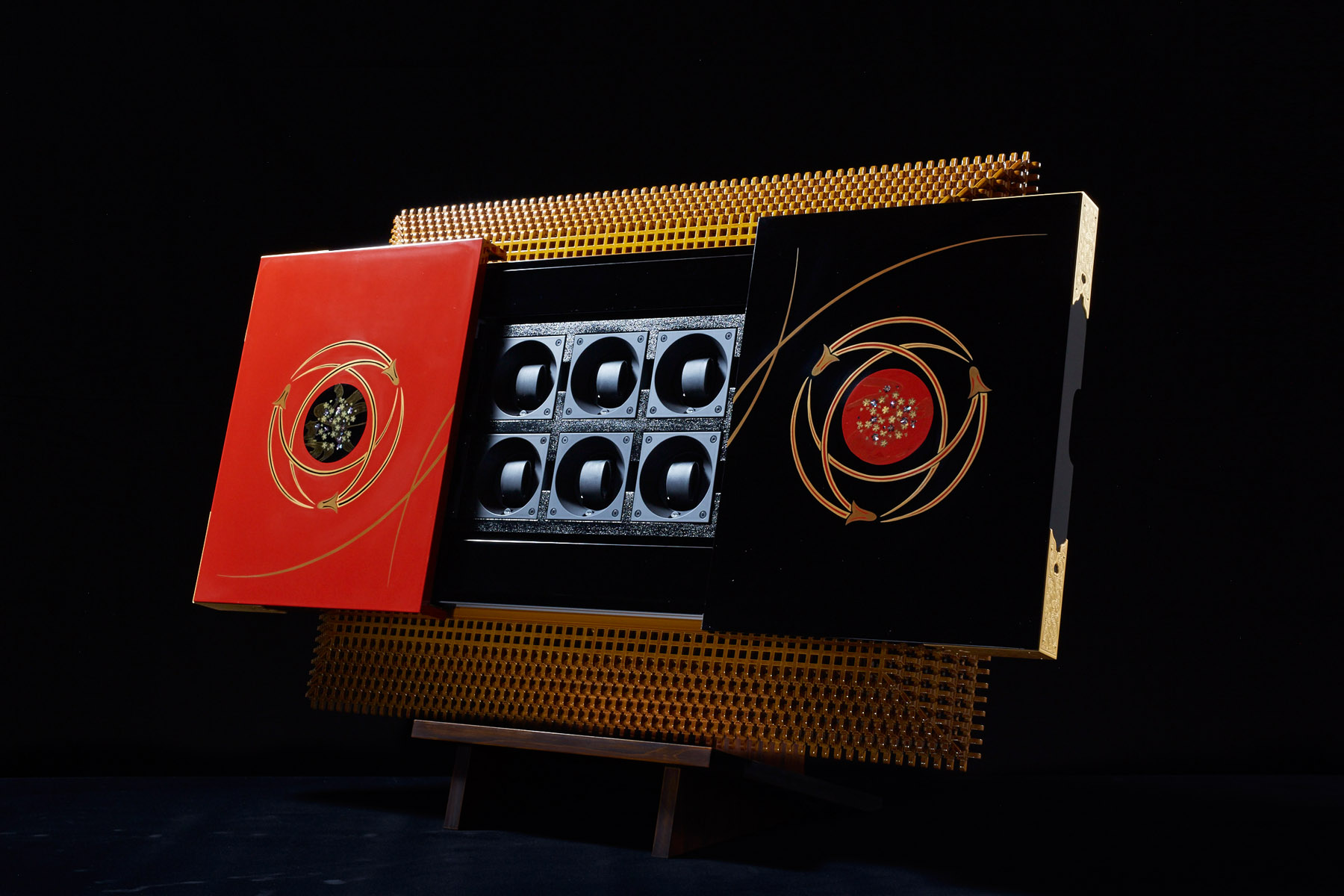 A placeable watch winder case that can also be mounted on the wall.The most significant characteristic of this product is that it is surrounded by square-framed kuden. The entire delicately assembled square framing is lacquered using a technique called tamenuri.The sliding case cover features a traditional Japanese motif using raden and kirikane techniques. While it normally functions as a painting, sliding the cover open reveals the winders within. This case can hold 10 watch winders. The maki-e on the front can be applied to form whatever pattern the client desires.* Winder Case KUDEN is specially designed to hold the famously reliable SWISS Kubik winders.

The wood base for this case is made of thick hiba wood and veneer board that together form a strong frame and cover. Around the cover, a combination of kuden techniques and design are used to create a frame for the maki-e images on the cover. This kuden embodies the essence of the Japanese aesthetic—that the spirit of the work dwells in the details.
The finish uses a wide variety of techniques. The square frame is finished using tamenuri, while the interior surrounding the winder case is finished with dry lacquer. Finally, the cover is finished with a high-gloss lacquer in red and black.
The four corners of the cover are opulently decorated with metal fixtures gilded in matte gold.

Contact
Responding party: Shoichi INOUE INOUE responds to inquiries of any kind, regardless of order size or industry type. Please contact us at your leisure using our form.
We’d be happy to answer your questions about Japanese traditional crafts. For further details, please don’t hesitate to contact us.
INOUE Inc.©2022 INOUE Inc. All rights reserved.
NEXT PAGE